What Is RAM Memory?

Every server, laptop and computer has memory. RAM processes data from the hard drive or solid state drive, stores this data and instructions, and enables the central processing unit (CPU) to access it. Without memory, your system wouldn’t be able to carry out any tasks.

Server memory is Random Access Memory (RAM) which processes data from HDDs to the CPU. As a form of volatile memory, when server memory is powered off it loses all its held information. One way to think about this is that your RAM modules are the short-term memory, and your HDDs are the long-term memory.

So, if you already have long-term memory, why bother using short-term memory? The answer is because RAM memory is much faster than non-volatile memory. Rather than searching for data or instructions in the hard drive, the CPU can bypass this slower storage and go straight to the server memory. This enables better read times in your server.

By adding more memory or by increasing memory speed and bandwidth, servers will be able to handle more Virtual Machines (VMs) and to distribute their loads more effectively, helping businesses to run more efficiently. If memory fails, this can result in data loss and server faults that can lead to lengthy periods of downtime and loss of production.

If you think of your RAM like a desk or and workbench, RAM is almost always being used by your computer or system to allow a variety of projects to work at one time. And the bigger your desk is, the more tasks you are able to complete.

There are several different forms of memory, including RAM (Random Access Memory) and ROM (Read Only Memory) – both of which are types of server memory. There is also cache memory, which my colleague wrote more about here, and non-volatile memory, which refers to server storage like HDDs, SSDs and tape drives.

RAM memory comes in three basic types of form factors - the form factor details what type of machine the RAM is compatible with: registered (RDIMM), unregistered/unbuffered (UDIMM) and load-reduced (LRDIMM). RDIMMs (otherwise known as buffered memory) stabilise individual memory modules to enable the CPU to access data more quickly. This enhances the speed of your entire system. UDIMMs (unregistered) do not have this feature. Load-reduced (LRDIMM) memory is unregistered, and instead has an MP chip which supports higher densities. DIMM stands for ‘Dual In-line Memory Module’ and contains one or more RAM chips on a small circuit board.

Server memory modules come with varying levels of performance, reliability, efficiency and costs, so that IT professionals can choose the best memory solution to suit their individual business requirements. This is something our IT specialists can advise on.

There are a number of different variations you can have within memory, including speed, capacity and rank. Here are explanations for each element of server RAM.

A good way to think about server memory ranks is as lanes, and the bandwidth as cars. More ranks means that more data can be transferred to the CPU. More bandwidth means that there are more units (cars) to carry this data. Having the optimum rank for your server ensures that you will not experience any bottlenecking, and server performance will be as smooth as possible. Speed is always measured in megahertz (MHz), and bandwidth is millions of transfers per second (MT/s).

When server memory fails, data loss and system faults are common, which leads to downtime and inefficiency. If you’re looking to protect your system against bottlenecking or increase server memory performance, upgrading your server memory is the easiest and most affordable way.

If your server memory module has ECC, it means that the code can detect any minor faults in your server and correct them. This decreases the chance for downtime or crashes, and keeps your system running smoothly. In other words, it’s a form of memory protection.

From the latest DDR technology (DDR4) to previous generations (DDR3, DDR2), at Techbuyer we have an extensive range of server memory modules in stock including HPE, Samsung, Dell and Ortial. When using the most appropriate DDR technology, speed and rank for your specific system, server RAM ensures that your data centre output is maximised.

The generation of your RAM and motherboard need to be compatible. For example, DDR3 memory can’t be used with a motherboard with DDR4 DIMM slots. This is because the older generations haven’t been built to support the functionality of newer generations

RAM memory can easily be installed by inserting it into an empty DIMM slot on your motherboard. Some motherboards only have 2 DIMM slots, so be aware how many memory sticks your motherboard can hold before you make your purchase.

Capacity describes the amount of RAM, measured in gigabytes (GBs), present in your modules. In terms of size, for high-end workstations 16GB minimum is probably best, whereas for more budget friendly home set ups, 8GB should about do. Looking at servers, 16GB and 32GB are common capacities of server memory, although they can support up to 6TB for 2933 MT/s DDR4.

Latency describes the access time. A lower latency means you will have a quicker server.

A glance at desktop and laptop memory

Desktop memory isn’t too different to RAM memory. The main difference is that server RAM supports ECC, whereas most desktop, PC and laptop system boards do not have that option enabled. Instead, most desktop computers use non-parity DIMMs which tends to be unbuffered and non-ECC.

Laptops use SODIMMs, which stands for Small Outline Dual In-Line Memory Module. As it is around half the size of server memory, SODIMM is perfect for laptops and notebooks, which do not have much space. Even though they are much smaller than regular server memory modules, they pack almost the same amount of system performance.

Whether you’re looking to upgrade your server memory, perform a large-scale refresh or sell your unwanted RAM memory, Techbuyer is here to help. We have over 225,000 IT parts in stock including new and refurbished server memory, HDDs, servers and PCs, and over 15 years of experience maximising IT budgets around the world.

For fast turnarounds and a three year warranty, get in touch with our IT specialists today. Or check out our full range of server memory. 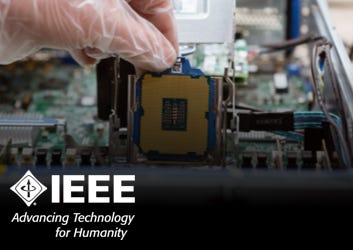 Today is a very exciting day for the Techbuyer team. Our research with t... 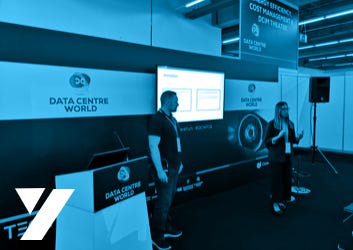 Techbuyer Group is proud to announce the launch of its new software focu... 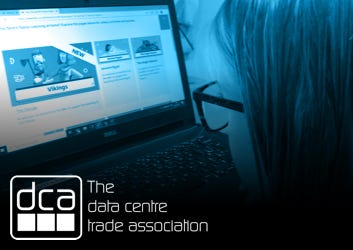 Techbuyer Partners 'Digital Access For All' Charity Launch – The DCA

As lockdown 3 begins and schools close, there is a digital gap being fel...