When Rob Burrow, former Leeds Rhinos player first spoke about being diagnosed with Motor Neurone Disease, many members of the Techbuyer team were touched by his story and wanted to do something to help. This is when we discovered MND Association; a charity that carries out research, improves quality of life and supports everybody affected by the condition.

Ahead of our internal fundraising day on 6th March, we spoke with Jenn Dodd, Regional Fundraiser for Yorkshire and Humberside at the MND Association about the condition and what support is available.

What is Motor Neurone Disease?

Motor Neurone Disease causes neurones to eventually stop reaching muscles, which weakens muscles and stops movement. This is a distressing condition which impacts communication, eating, drinking and breathing, and progresses quickly. There is currently no cure or known cause for Motor Neurone Disease. After diagnosis, people have an average life expectancy of two to three years.

“MND affects everyone differently,” Jenn Dodd, Regional Fundraiser at the MND Association comments. “Not everyone has the same symptoms, or in the same order, and the speed at which symptoms progress can vary. For some people it can start affecting their speech and for others may appear with movement and mobility problems. Whilst everyone’s journey with MND is different it leaves people locked in a failing body, unable to move, talk and eventually breathe.”

At the moment, there are no diagnostic tests for Motor Neurone Disease, which means that MND is diagnosed after excluding the presence of other neurological conditions and can be a lengthy process. The MND Association is researching to find a diagnostic tool which prevents this gap between the onset of symptoms and treatment, looking at finding new treatments, as well as improving the quality of life as much as possible.

What support is available?

Coping with Motor Neurone Disease requires a range of emotional and physical support. Whether it’s funding local groups where families can meet up and share experiences, banking voices so that people can continue to communicate, or helping children come to terms with grief, the MND Association takes every part of the process into consideration. This is especially important since Motor Neurone Disease has an enormous impact on both the person with MND and also their families and carers.

The MND Association also campaigns for faster access to benefits for equipment including wheelchairs and walking sticks, as well as working closely with healthcare facilities to ensure quicker diagnoses and support. All these services and support networks require funding, which is why we have decided to host our own Motor Neuron Disease fundraising day here in our Harrogate office.

Paul Thorogood, our Goods In Team Leader came up with the fundraising idea. He commented that “When I first learned of Rob’s condition, I felt a strong need to help pay back a man who did so much not just for the rugby league, but also for Leeds in general. Rob always had time for fans and critics alike, and whenever my family and I were in his company we felt his kindness and warmth. He was a true servant to the sport and city alike.”

We’ll be running an internal raffle, where staff and their families can win a signed, framed 2010 Rhinos shirt and 2014 match ball, and we’ll also be selling cupcakes and taking donations for this important cause.

Ben Finder, Sales Executive at Techbuyer was coached by Rob Burrow on a few occasions in the Rhinos academy team. “Rob is a genuine, down to earth guy and a great role model on and off the field,” Ben commented. “I’m really glad we could do something to support him and his family, and I wish all the best for them."

Is it only people over 50 that are affected?

There are several misconceptions about Motor Neurone Disease. Jenn commented that “One common misconception is that MND doesn’t affect many people. 1 in 300 people develop Motor Neurone Disease, which is the equivalent to one person per cinema screening. When you consider this, and the fact that every day 6 people are diagnosed and every day 6 people pass away from the condition, it becomes clear that it is not as rare as people may think.”

“Another misconception after the recent TV coverage of Rob Burrow, Stephen Darby and Doddie Weir, who have all spoken about their diagnosis with MND, is that the disease only affects men,” Jenn continues. “MND affects both men and women. It also affects people from all communities.”

How can I help?

The MND Association is always looking for more volunteers and provides a range of opportunities, including raising awareness, fundraising and campaigning. There are also plenty of opportunities for companies to fundraise, either at a designated event or with any ideas of their own. If you would like to give a donation as part of our fundraising day, please visit our Just Giving page. 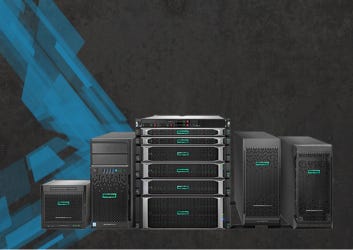 Cutting Edge Technology with a Personal Touch: Techbuyer Launches HPE Server Configurator
Techbuyer News
For all those who want a fast, flawless and self-sufficient way to confi... 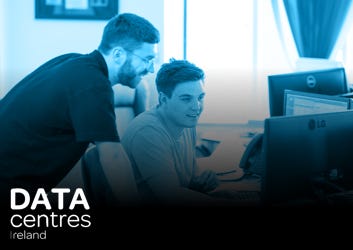 Dynamic Changes to Global IT Supply During the Covid-19 Pandemic – Data Centres Ireland
In The Press
Throughout the pandemic, businesses have been drastically rethinking the... 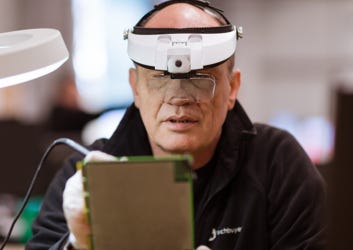 Techbuyer Joins the Push Towards Remanufacturing Codes in the US
Techbuyer News
The ...